There have been many female parents who identify that Ashreman’s syndrome is the reason they cannot get pregnant. They are diagnosed and then they start doing research what is Asherman’s syndrome, what are the causes of the disease, how it can be treated and what is the way out for woman with Asherman’s syndrome to become parents.

Asherman’s syndrome is a condition of the uterus when there are scar tissues inside the uterus or cervix. In the majority of the cases back and front walls of the uterus are stick to each other, however there are cases when scars appear on only certain part of the uterus. Depending on the extensity of the scars doctors are able to identify how mild or sever the disease is. The scars on the uterus cause no bleeding at all during the period, or in some cases woman have lighter periods.
There are many signs and symptoms helping doctors to diagnose Asherman’s syndrome. No periods or lighter periods are the first signs. Some woman may have pain around the time when they are supposed to have menses, but they are not bleeding at all, because the scars on the cervix are blocking the blood to come out. Endometrioses can lead to Asherman’s syndrome. Also, if a woman experience number of miscarriages in a raw or having unexplained infertility can be discussed as signs of the syndrome.

Asherman’s syndrome may be caused by various reasons. However, the main and most common reason causing intrauterine scars is dilation and curettage performed by the doctor. Dilation and curettage is a procedure of removing some tissues from the uterus mainly after woman having missed or incomplete miscarriage, elective abortion or if some parts of placenta is left in the uterus after delivery. In very rare cases scars may appear after removing fibroids or polyps from the uterus, or after having caesarean delivery. Only mild cases of Asherman’s syndrome can be treated. It requires very experienced specialist and sometimes hysteroscopy is a good help. With more severe cases no current studies confirm complete restoring of scar free uterus or fertility.

Parents with Asherman’s syndrome are advised to refer to adoption or surrogacy to become parents. As the syndrome itself does not affect the ovary functioning, majority of the parents undergo IVF treatment and created embryos are transferred to the uterus of the surrogate mother. IVF treatment and hormonal injections do not have negative impact on the disease itself and with the help of IVF and surrogacy, women with Asherman’s syndrome experience the joy of being parents. 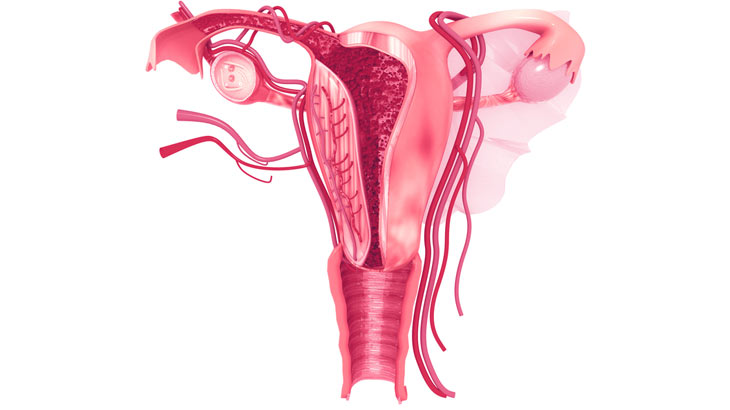