There is a common belief that because birth control pills work against conceiving, there is a risk that their continual use will eventually affect woman’s ability to conceive.
In fact, the most commonly asked questions include if they have a long term effect, whether do they decrease the chances of pregnancy and why are they used in assisted reproductive technologies.

Independant from the duration of consumption, long as well as short term users have had a short delay in conceiving but no further problems have been identified. After discontinuing the pill usage, ovulation will usually resume within a month, however, it may sometimes take longer to return. According to the studies, birth control pills could delay the pregnancy slightly, however, they have no impact on conceiving in a long term perspective.

Another surprising fact discovered during the studies stated that women who were consuming birth control pills longer, had a slightly better chances to conceive within the 6 months of discontinuing.

Even though several previous studies suggested that oral contraception could reduce fertility, researchers concluded that this happened because they were conducted right after stopping the pill usage.

Even though oral contraceptives provide a stable protection against conceiving, they offer no protection against sexually transmitted diseases. Numerous STDs cause fertility issues and if left untreated, some of them will lead to infertility. So it is still crucial to stay very cautious when using birth control pills.
There are plenty of factors that may delay the process of conceiving such as poor lifestyle habits, maternal age, traumas, infections… Keep in mind that birth control pills may not be the only reason behind the long term delay in conceiving.

Birth control pills are widely used during the IVF treatment. A number of stimulation protocols will begin exactly with the oral contraceptives and for many patients will create a very good starting point of a program.
With birth control pills, ovaries can respond better to the stimulation . When on pills, ovaries will take a short break leading to a better response during the stimulation.
Birth control pills can prevent the formation of cysts and synchronize the maturation of follicles. It is an important point because with the regular flow, as the follicles start to grow, there will be a dominant one outgrowing others and stopping them from progressing. During IVF, the idea and the aim is to have more follicles and accordingly more eggs to work with. 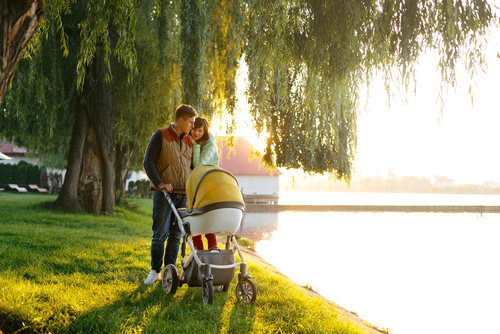